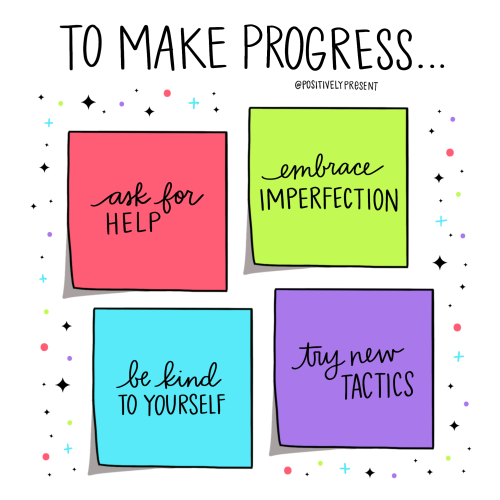 Over the past few weeks, I’ve been working with my coach, Reba Riley (connect with her here!), to combat my phone overuse issue. (Read more about that in Are You Addicted to Your Phone?, Strategies for Phone Overuse (and Other Struggles), and Find Your WHYPower: Inspiration for Breaking Bad Habits) Overall, I’ve made some pretty great progress. As with all habit-breaking ventures, there have been good days and bad, tactics that have worked and those that haven’t been as successful, but I certainly have a much different relationship with my phone than I did a few weeks back.

The other day I was thinking about how, more often than not, people talk a lot about the beginning (the realization of the need for change and the plan they want to enact to transform) and about the result (how well they did or didn’t do with that plan), but the middle bit — which is usually slow and steady progress that doesn’t always have the flair of the exciting launch or the successful landing — doesn’t get as much attention. And usually that’s where the good stuff is actually happening!

When Reba and I decided to make my next goal to stay where I am for now, to keep doing what’s worked for me rather than adding new strategies, it seemed like a good time to reflect on what’s been working for me in terms of making positive progress. Here are the top four things that have helped me over the past few weeks as I’ve been working on this phone issue.

Asking for help isn’t one of my strengths. I’m much more of a go-it-alone kinda girl, but this has probably been the biggest game-changer for me in terms of making positive progress with my phone. Could I have make progress alone? Possibly. But I definitely have with the help of Reba. Having a perspective that’s different from the one in your own head can be eye-opening and insightful. Having someone to talk to allows you to explore ideas in new ways. I can write all day about what I’m experiencing, but the second I share it with someone else, I’m opening myself up to new ideas and new ways of thinking about my own ideas. Asking for help can be hard if it’s not your thing, but it’s proven, for me at least, to be one of the best ways to make positive progress tackling a problem that I wasn’t solving very well all on my own.

As I’ve been working through this phone situation, I’ve had some ups and downs. Anyone who has tried to break a bad habit (or tackle an addiction) knows that progress is never linear. There are good moments and bad ones. With the help of Reba, I’ve been able to be much less judgmental of the “bad” moments. It might seem like a small thing, but the simple choice not to judge myself for spending too much time scrolling has made a huge difference. This is particularly true because I have a rebellious (and sometimes self-destructive) nature, so if I think something is “bad,” it becomes more alluring to me. When I stopped thinking of certain behaviors as bad, they became less enticing, and I found that I spent less time engaging in them.

BE KIND TO YOURSELF.

Before working with Reba, I was beating myself up every time I spent too much time on my phone. I felt out of control and frustrated with myself and that led me back to making bad choices. (If I was already failing, why not just keep going?, I thought.) As you can imagine, this wasn’t a very helpful mindset, and I didn’t make much progress at all. In addition to helping me embrace the imperfections, the non-linearness of progress, Reba also helped remind me of one of the key elements of Positively Present: self-love. Being kind to yourself isn’t just about being encouraging or celebrating the wins (though those things are important too!). It’s also about being kind to yourself when you backslide on progress, when you have a day that isn’t as positive as it could have been. This might not seem like the most action-oriented method for making progress, but it’s honestly made a huge difference for me.

Another great progress-making tip I’ve explored with Reba over the past few weeks is trying new tactics. At one point, I tried to keep my phone out of my bed so I wouldn’t spend time scrolling before falling asleep. For one glorious night, I put it in a box on my dresser and didn’t look at it until morning. The next day, it was back in my bed, and it hasn’t seen the inside of the box since. My first instinct was to feel terrible about this, but then I asked myself, What would Reba say?, and my perspective changed instantly. (If you don’t have a Reba, you can imagine what a friend would say or what you’d say to a friend ’cause it’s usually way kinder than what we say to ourselves.) As soon as I thought about it from that point of view, I was more accepting of myself (I wasn’t yet ready for that step or maybe that wasn’t the right strategy for me.) and I considered if something else might work. Rather than removing the phone from my bed, I considered where I spent the most time scrolling and deleted the apps instead. It made a huge difference. Without Twitter and Pinterest on my phone (two of the worst scrolling temptresses), I wasn’t as tempted to scroll in bed. Yes, I still have some things to work on, but trying a new tactic, rather than beating myself up when the first one I tried didn’t work, was essential for positive progress! 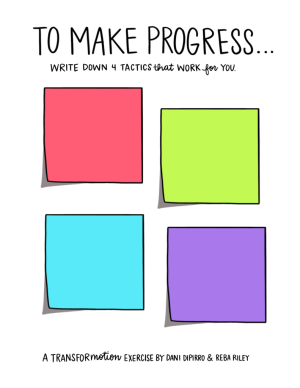 These four tactics have been incredibly useful for me, but different strategies work for different people.What works well for me might not work well for you when it comes to making progress (particularly if you’re working to break a different habit or behavior). While I think what’s helped me the most is having someone to talk about my progress with (thanks, Reba!), if you don’t have a coach, you can still spend time thinking about what’s worked for you in the past to identify four tactics that’ll work for you.

Reba and I came up with a progress worksheet you can download and fill out with your own tactics for progress. (You can also cut them out and put them up somewhere you might need a reminder!) If you’re not sure how to figure out what works for you, consider a habit you’ve broken in the past and what strategies were most helpful to making progress. If you can’t think of one of those, reflect on something you do well — a positive habit you do daily, maybe something you don’t even think about, like brushing your teeth — and consider how you integrate that behavior into your life.

As I’ve been thinking about this over the past few days, I’ve been reminded of just how vital it is to reflect on your progress, to know what’s working well for you so you can keep doing it (and keep it in mind for the future too!). Maintaining momentum is challenging — no matter what you’re working on! — and reflecting on what works for you can keep you motivated to keep going. 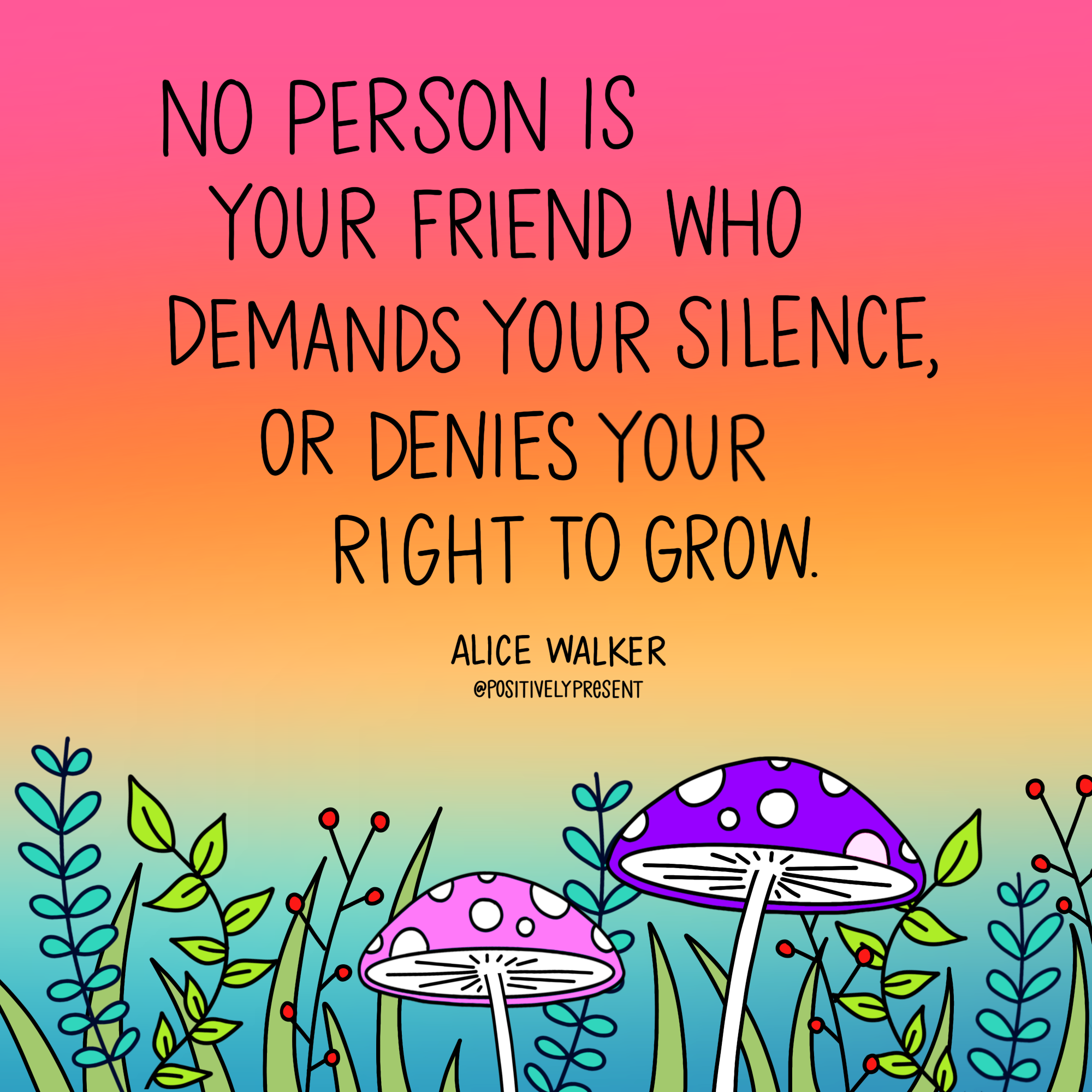 the do’s and dont’s of being a positive friend 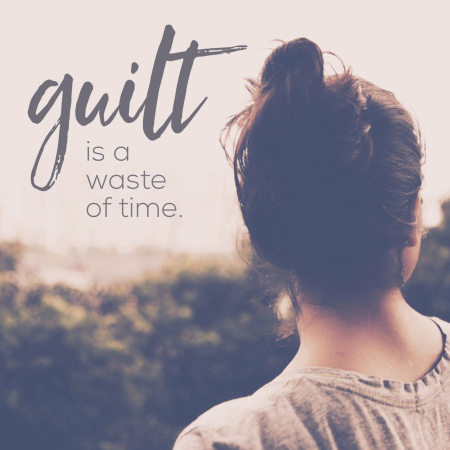 I Don’t Feel Guilty (and Why You Shouldn’t Either!) 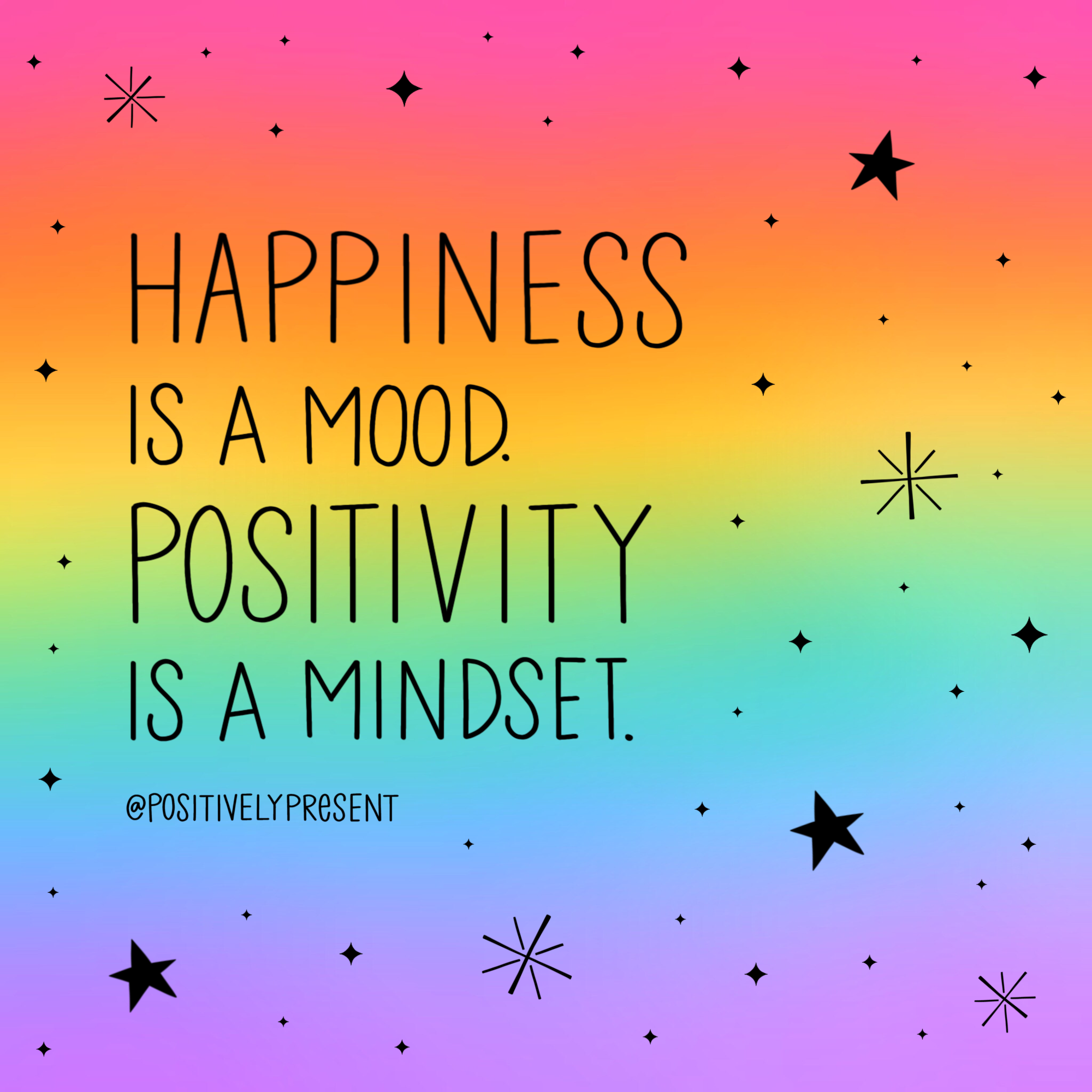 happy is not a choice: the difference between happiness + positivity