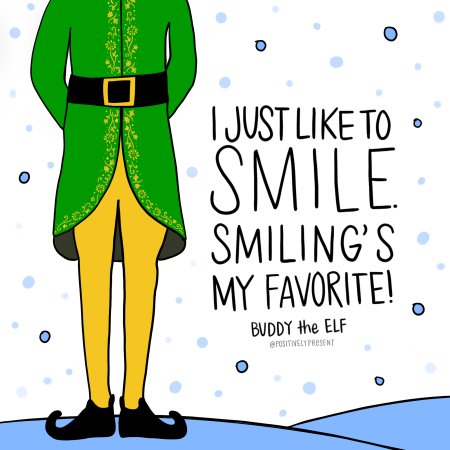 It was a cold and cloud-covered Saturday morning in November 2003, and my boyfriend had just tearfully confessed his betrayal while lying next to me in bed. He was regretful and apologetic, swearing it would never happen again, professing his love in such a desperate way that I immediately demanded he leave. After his departure, I paced and wrote pathetically dark poetry (most have faded from memory now, but I recall one that revolved around the concept of using my blood as ink to write out a list of his flaws — ah, how morbid and dramatic I was!).

Somewhere in between bouts of crying and typing, my best friend showed up with a six pack and an idea. “You need to get out,” she said. “Let’s go see Elf.” I was despondent and angry, and the thought of a joy-filled holiday movie wasn’t what I’d envisioned for my Saturday afternoon — more goth-themed poetry and perhaps some angry splattering of paint on canvas seemed more appropriate — but I begrudgingly let her drive me to to the theater.

Looking back on it now, all these years later, I’m not sure if it was the tone of the film (such a stark and silly contrast to what I’d been feeling alone in my room), the few beers I’d drunk beforehand, or the comedic brilliance of Will Ferrell, but I’d never laughed as hard, nor felt as uplifted, during a film as I did when watching Elf that afternoon. That period of my life was challenging —  it’s now a muddled memory of the betrayal and break-up, the reconciliation and the months of angst and mistrust and the love that grew weirdly stronger than it had been before — but I’ll never forget how I felt in the theater that day, laughing so hard and giving into the silliness of that make-believe world when my heart was so heavy.

Anyway, long story short: Elf holds a special place in my heart, as far as films go. Years ago (in 2010!) I wrote about the life lessons I’d picked up from watching the film (which I’ve probably done at least a few dozen times since 2003), and I thought I’d revisit them again this year. Whether or not you’re into the film, you’re bound to gain some good insights from Buddy below:

Lesson #1: Spread cheer (Christmas and otherwise).
“The best way to spread Christmas cheer is singing loud for all to hear.”

Spreading cheer sounds like an easy enough thing to do — but not when the people around you aren’t into it. That’s one of the great things about Buddy the Elf. He doesn’t care if other people are cheerful or not. He continues to look for the positive in the things around him and point them out to others. And, in addition, he tries to encourage others to be cheerful as well (as he was doing when he said the above quote to love interest, Jovie). It’s not always easy to be cheerful, but Buddy serves as an motivating inspiration for the benefits of having a cheerful attitude.

Lesson #2: Make smiling your favorite.
“I just like to smile! Smiling’s my favorite.”

Smiling’s a small thing that’s actually a big thing. The small act of smiling can change not only someone else’s day, but your own as well. Try it. Next time you see someone you know — or even someone you don’t — remember Buddy’s quote above and make smiling your favorite thing to do. Greeting someone with a smile can transform an interaction and set a pleasant tone for that person — and for you as well. Don’t think you’ll be running into anyone today? Try looking in the mirror and smiling at yourself. Sounds crazy but it’s actually a mood-booster!

Lesson #3: Be yourself, even when it’s hard to know who you are.
“Actually, I’m a human, but I was raised by elves.”

From the beginning of the film, Buddy struggles with his identity. Having been raised by elves, rather than humans, he struggles to figure out where he fits in in the world. He might look like a human but he certainly acts like an elf. Nevertheless, throughout the film, Buddy strives to be himself — even when that self makes him stick out dramatically in the human world. It would be much easier for him to learn and conform to the standards around him, but Buddy chooses to stay true to himself — a trait I admire in anyone (human or elf!).

Lesson #4: Give out compliments freely.
“Deb, you have such a pretty face. You should be on a Christmas card!”

One thing Buddy does incredibly well is dole out compliments. As the movie progresses, the number of positive things Buddy says about other people is actually pretty amazing. The quote above references only one of the times he compliments his father’s assistant and, from her reaction, you know his words made her day. I find that I often have complimentary thoughts, but I don’t always say them aloud. Making the effort not only to see the positive in others, but to tell them about it as well, can have a very powerful impact on your social interactions.

Lesson #5: Take risks.
“Papa says my real father lives in a magical place far away… but the thing is, I’ve never left the North Pole.”

Want good things to happen to you? Like Buddy, you have to take risks. At the beginning of the film, Buddy finds out that he’s not actually an elf and, though he’s never before left the North Pole, he decides to bravely venture to NYC to meet his human father. This is the kind of risk a lot of people would be hesitant to take, but it’s just the kind of risk that can have great rewards. Doing something different — breaking out of your comfort zone — is a great way to find new and exciting outlets for positivity in your life.

The quote above is just one example of Buddy’s perseverance demonstrated in the film. On more than one occasion, Buddy is faced with challenges, but instead of complaining or stressing about them as many of us do, Buddy takes his challenges head-on and does what he needs to do to achieve whatever goal he’s working towards. With the amount of times Buddy is put down in the film, it would have been much easier for him to give up and return the life he’d been living. But, as the positively inspiring elf that he is, Buddy doesn’t give up but instead keeps working harder and harder — all while maintaining a positive attitude!

Lesson #7: Speak your mind.
“If you can sing alone, you can sing in front of other people. There’s no difference.”

In a conversation with his love interest, Jovie, Buddy explains to her that there’s no difference between singing in front of others and singing alone (a fact he then goes on to demonstrate). Though she strongly disagrees with his point, Buddy doesn’t seem to mind and continues to do what he can to convince her. This is only one example of how, in the film, Buddy is never afraid to say what’s on his mind. He’ll tell someone he loves him. He’ll tell a fake Santa he’s a fraud. He’ll speak the truth — and his mind — without hesitation, something most are afraid to do. We could all learn a thing or two from Buddy’s ability to be open and honest with those around him.

One of the things I love most about Buddy the Elf is his ability to be truly excited by life. In the scene from which the quote above was taken, Buddy greets his half-brother after school and exclaims with utter joy how he’s spent his day. The most mundane things excite Buddy and there’s not a bit of him that holds back his excitement for life. Can you imagine what the world would be like if everyone was as happy to be alive as Buddy is? If everyone looked at the world around him/her with utter excitement? Buddy’s inspired me to take another look around and see the wonder that really is all around me. Too often I get caught up on what I have to get done and I forget to stop and really be present and enjoy the moment — something Buddy seems to do very well.

Lesson #9: Show affection.
“Does somebody need a hug?”

How often do you show affection to the ones you love? I do what I can to be affectionate, but I can honestly say I’m no match for the ever-affectionate Buddy, who is always giving hugs and spouting words of love. Now, I wouldn’t recommend hugging everyone (as Buddy demonstrates in the quote above, said right before he attempts to hug an angry-looking raccoon), but I do think there’s a lesson to be learned from Buddy’s ability to openly and consistently show affection. Showing affection is a great way to connect with others and make their lives — and yours! — more positive.

Lesson #10: Do what you love.
“First we’ll make snow angels for a two hours, then we’ll go ice skating, then we’ll eat a whole roll of Tollhouse cookie dough as fast as we can, and then we’ll snuggle.”

If there’s one lesson to be taken away from the film, it’s this: do what you love. Buddy, being the positive elf that he is, loves doing a lot of things and they aren’t the “normal” things most adult men love to do, but you know what? He does them anyway. He doesn’t let the human culture constrain him, forcing him to do what he “should” do. No, Buddy makes his own path and finds ways to spend time doing the things he loves to do. We should all follow Buddy’s lead and be honest with ourselves about what we truly love to do. Once we’ve identified our favorite things, it’s time to put that love into action because doing what you love to do is one of the best ways to be positive and present.

Did I miss any of the life lessons from Elf? I bet if I watched it again right now (which, let’s be honest, I might actually do), I could find even more wisdom from Buddy. Let me know if you have any additional lessons in the comments below — or let me know what your favorite holiday (or anytime) film and what you’ve learned from it! 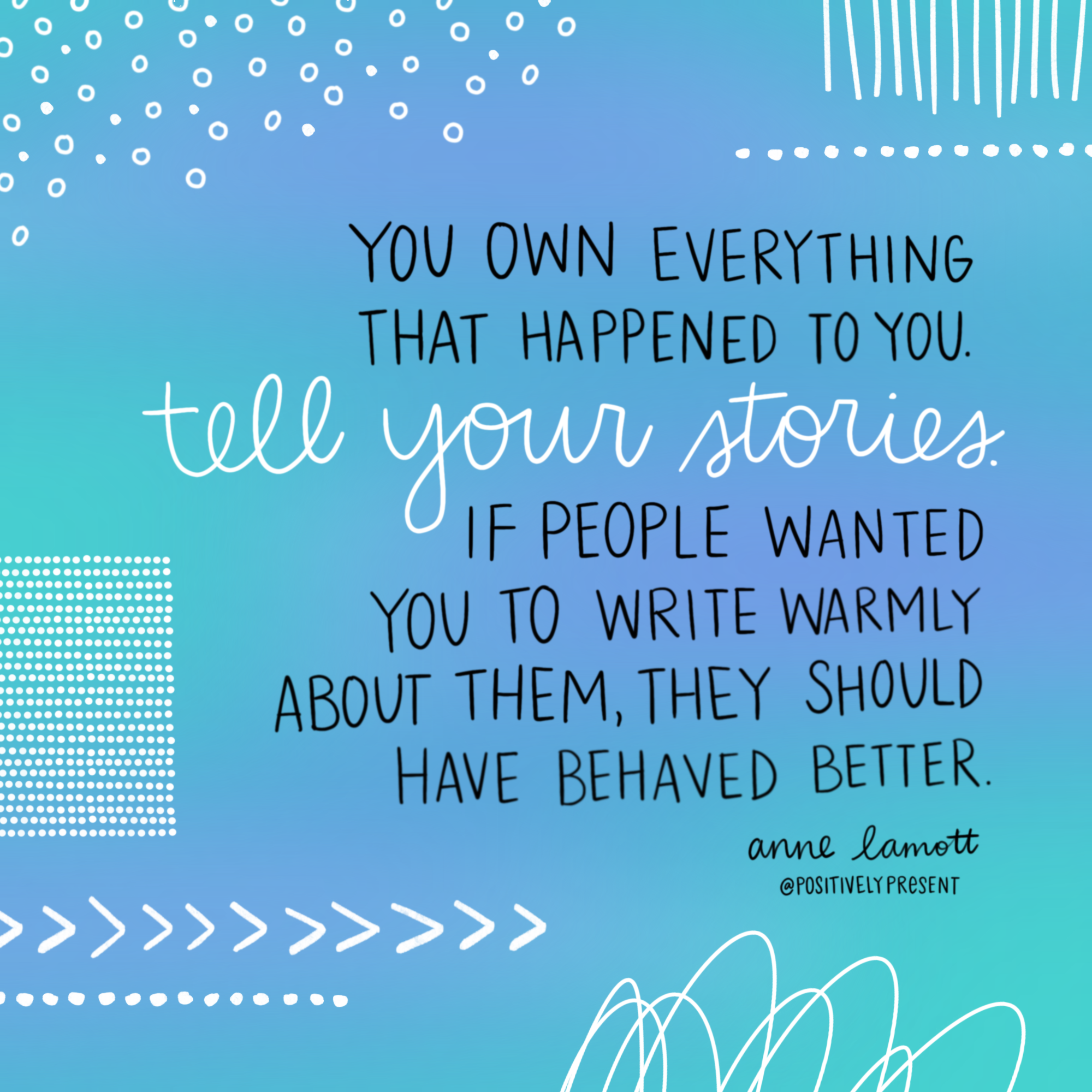 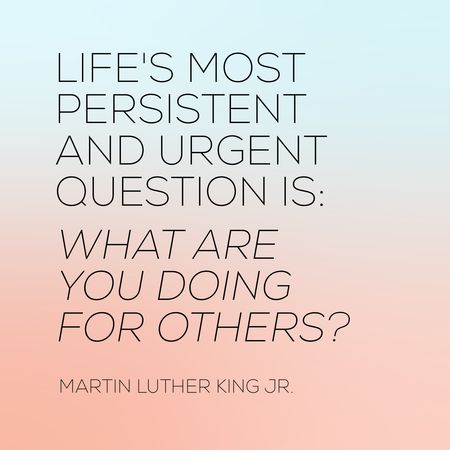 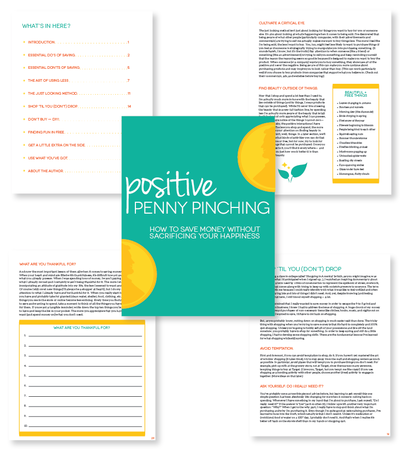