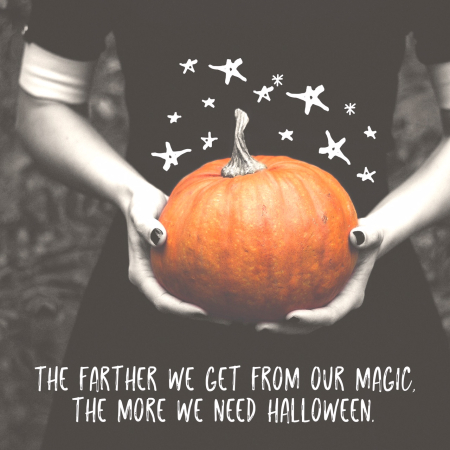 In just a week, it’ll be time for my favorite day of the year — Halloween! 🙂 If you’ve been following Positively Present for awhile, you’re probably well-aware of my love for the holiday. I’ve never been quite able to pinpoint what it is I love about it (especially because I don’t like anything remotely scary…), but this year I decided to chat a bit about why I think I love the holiday so much in my latest YouTube video!

And, because I’ve received quite a few requests to see Halloween costumes I’ve worn in the past, you’ll also find quite a few snapshots of Halloweens past throughout the video! 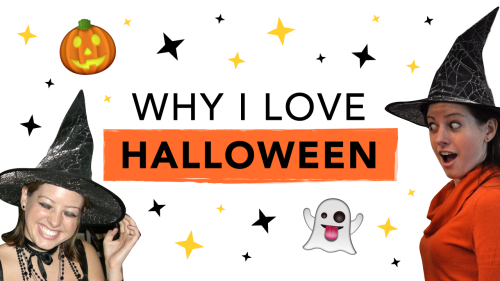 Click the image above to check out the video!

If you’re not into videos, but you’re curious about what I discovered when I gave some thought to what I love about Halloween, here are the highlights…

In my opinion, one of the greatest things about Halloween is that almost everyone can participate in it (unlike more religious holiday, such as Christmas). There’s an exciting sense of community that comes with dressing up in silly / sexy / scary costumes and coming together for trick-or-treating or a party. The fact that stores pop up each year solely for the purpose of selling Halloween costumes is pretty awesome, and really says something about the feeling of community that happens each season. The search for a costume itself is something that brings people — parents and kids, friends, partners, etc. — together. Consider the last time you saw so many people of all kinds of backgrounds celebrating something together. It’s a rare occurrence, and it’s one of the reasons I think I love the holiday so much!

Another reason I think Halloween tops my list in terms of holidays is the fact that inspires generosity in a way that doesn’t seem to be as present during the rest of the year. Can you imagine knocking on a random neighbors door and asking for some candy in mid-June? You (or your kids) would be seen as a bit crazy. But on Halloween, that’s completely acceptable and even expected. The fact that so many people open their doors and generously share treats with kids is such a wonderful aspect of the holiday, and such a great reminder of how simple and beautiful a kind act can be. Not only does Halloween bring people together with a sense of community, but it also encourages generosity as well.

Probably the reason I most love Halloween is that it’s the one time of year that, as an adult who doesn’t have costume-based job, we get to dress up and transform into anything we’d like to be. For kids this is awesome, but I think for adults it can be even more fun, since wearing a costume is pretty much frowned upon unless you’re an actor. Every year I get so excited at the possibility of dressing up as something new (check out the video to see lots of my costumes!), and I’m grateful for the opportunity to play around with transforming myself at least once a year. It’s a great way to not only try on different hats (literally!), but also to play around with your creativity and inner desires.

Halloween has always been a time of great celebration and festivity for me, which is probably one of the reasons I love it so much. For me, it’s the great kick-off for the rest of the year of fun festivities (Thanksgiving, Christmas, New Year’s Eve…), and it’s symbolic of finding merriment and joy in something completely silly, like eating candy or dressing up in costume. The celebratory aspect has less to do with the actual Halloween traditions than it does with serving as a reminder that it’s important to appreciate (and celebrate!) the little things in life.

To be honest, I think these are four things we could really use more of in our country right now. We’ve become very divided as of late and, while I’m certainly not suggesting that Halloween will bring us together in a political sense, it’s certainly a great little holiday to help us join together for the common good of candy and costumes! 😉

… if you’re wondering why this post isn’t going live next week, it’s because next week is going to be all about the 2016 Gratitude Photo Challenge! 🙂 It’s the sixth year, and it’s going to be the best one yet. Check it out next Monday! 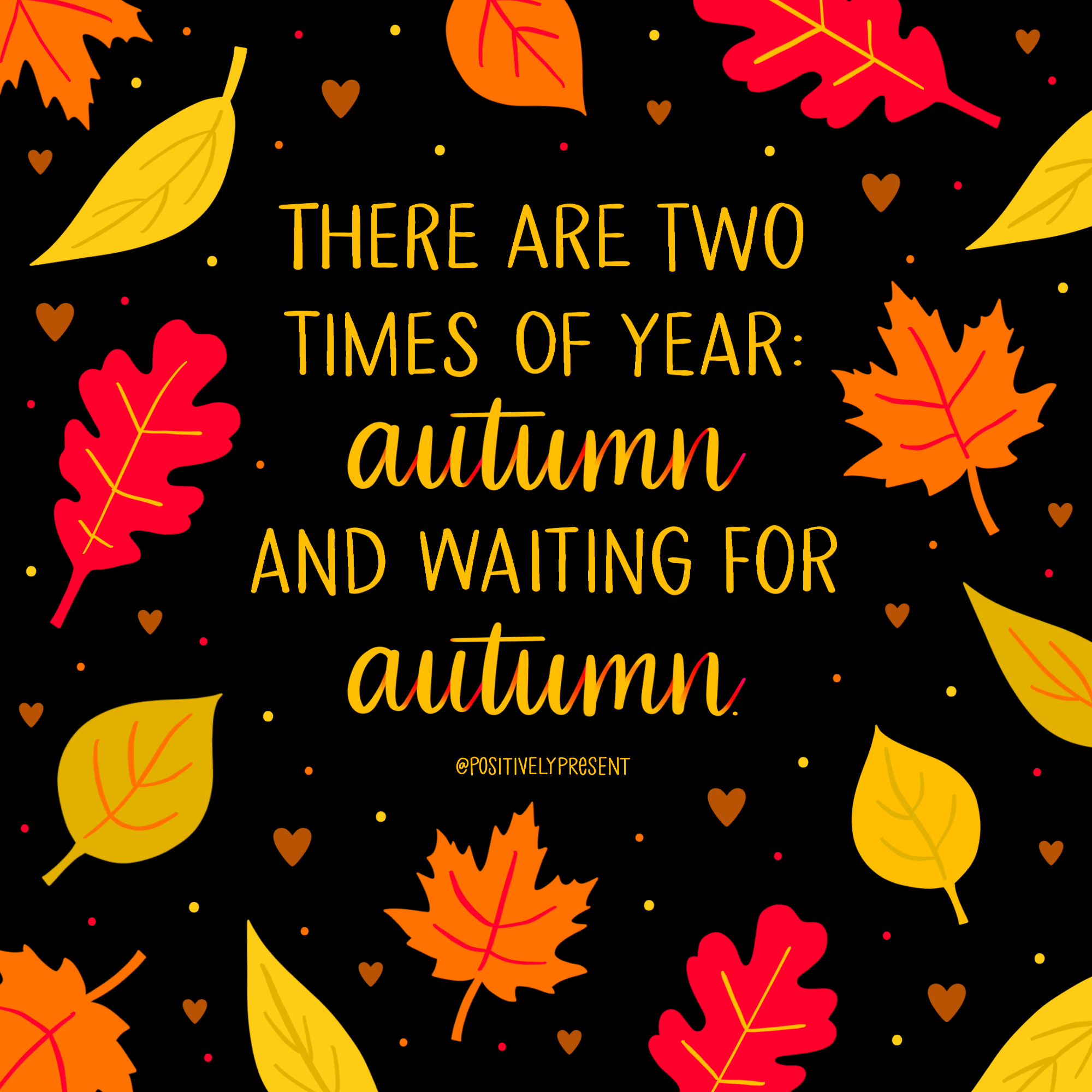 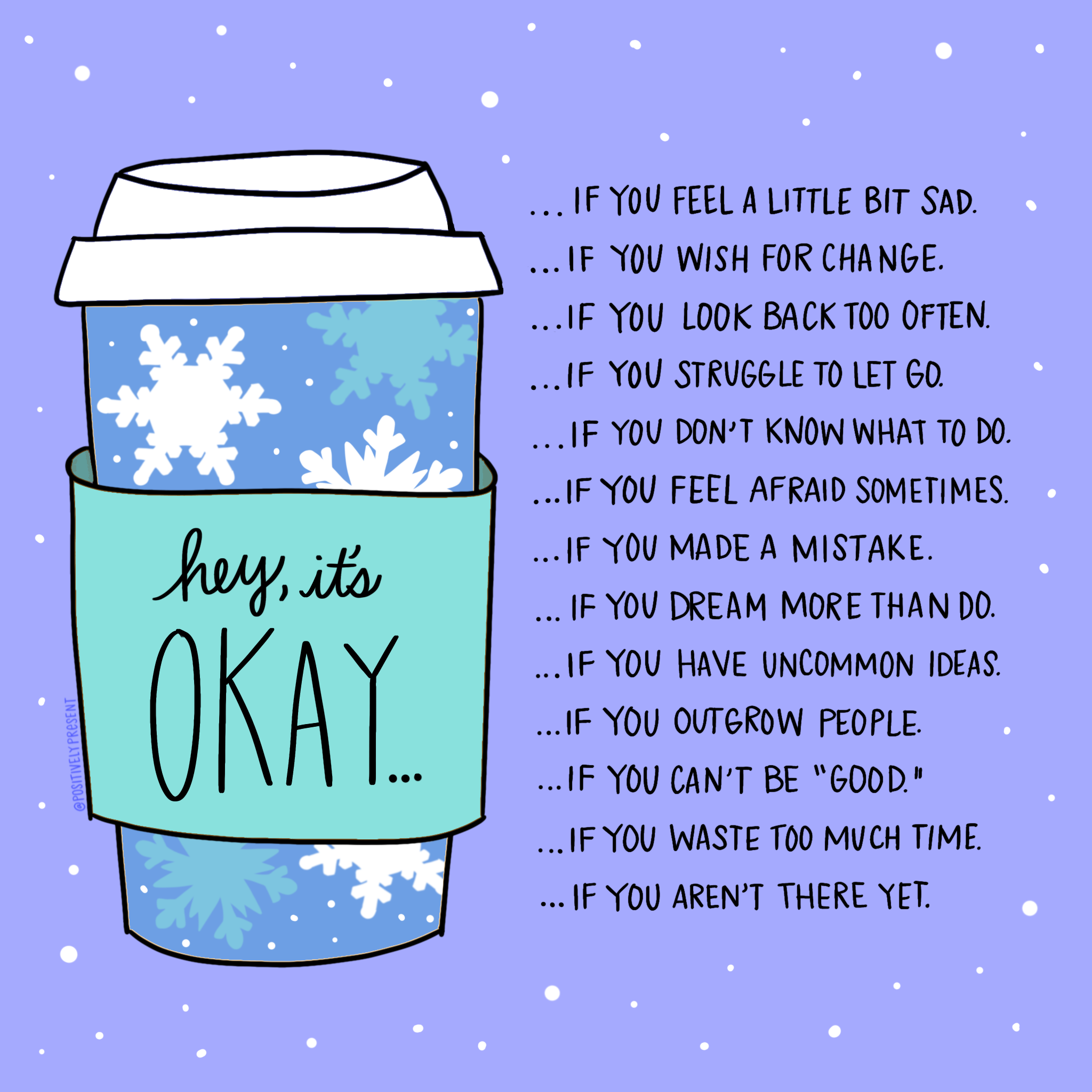 The 5 Best Ways to Beat the January Blues 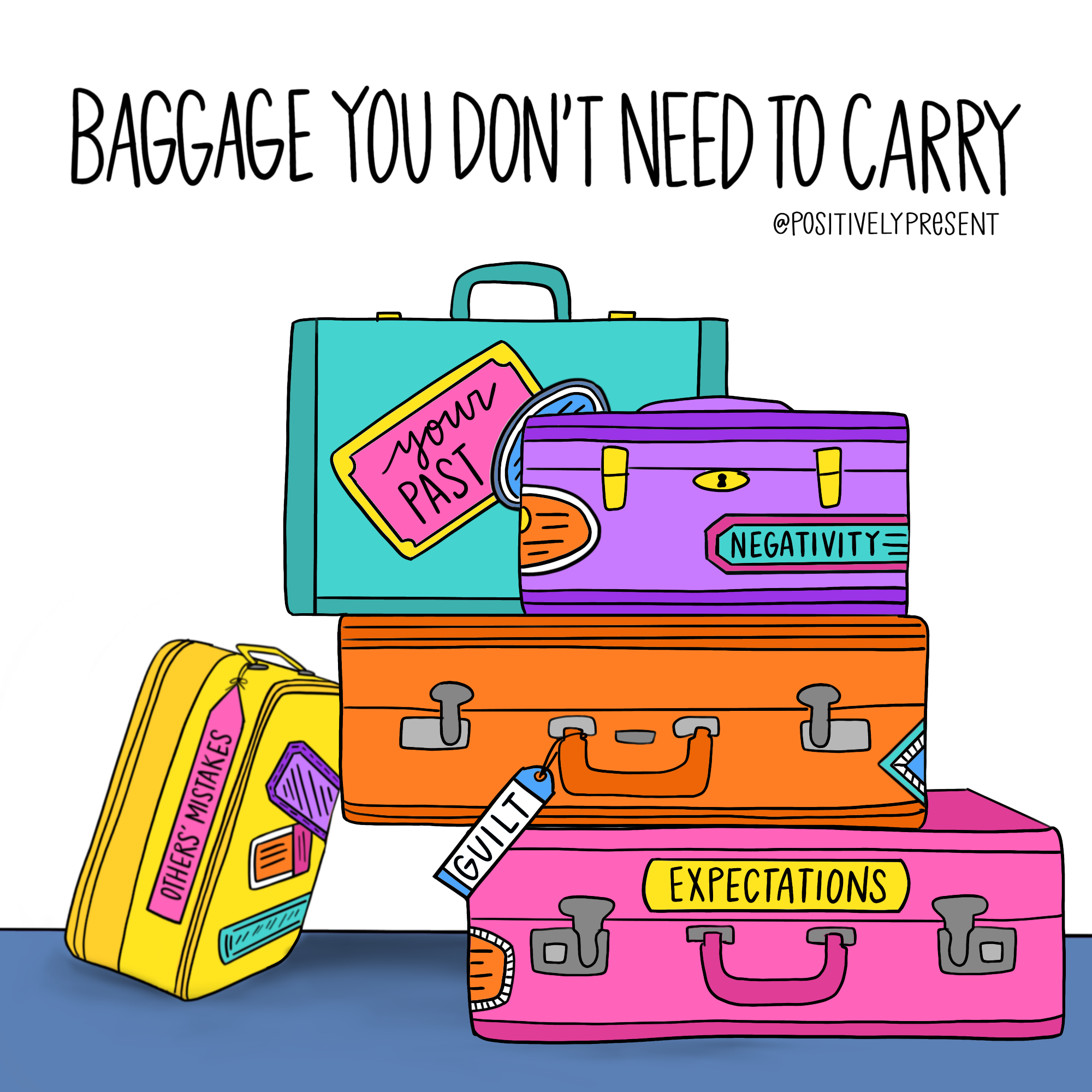 5 Types of Baggage You Don’t Need to Carry