Last week I stumbled across this post (via SwissMiss) in which the author challenges her readers to stop complaining for just one day. I don’t consider myself a huge complainer, but I know I do my fair share of whining on a daily basis so I decided to challenge myself not to complain for 24 hours. It seemed easy enough. After all, for a good chunk of that time, I’d be asleep.

It was not nearly as easy as I thought it would be. At all.

It turns out that I do a lot more complaining than I realized. It wasn’t until I started really paying attention to what I was saying, thinking, and typing did I start to see how much negativity I was actually putting out into the world. For the most part, these are tiny things — phrases like, “I’m freezing!” or “Ugh, why isn’t it Friday yet?” — but all of those little complaints start to add up.

Every time you complain, you’re putting negative energy into the world — and into your life. And that’s something you definitely don’t want to be doing if you’re striving to live more positively in the present. The more you complain about your life (even if it’s simply in your mind), the less space you leave for positive thoughts that celebrate what you should be grateful for.

As I made it through the 24 hours of attempting to be complaint-free, it became very clear to me that I needed to change some of my thought patterns and habits in order to create a more positive environment for myself. While struggling to avoid my whiny thoughts (I really started to annoy myself!), I thought about how I could tackle the complaints that surfaced in my mind. Here are the five tactics I used when I found myself veering toward a complaint…

PAY ATTENTION TO HOW YOU REALLY FEEL

The first complain I noticed myself uttering during this 24-hour challenge was when I walked outside into the cold January morning and immediately thought to myself, “Ugh. I’m freezing!” Yes, it was cold outside, but was I really freezing. Of course not. I was outside for less than five minutes in a warm jacket and boots. When I actually paid attention to how my body felt, I realized I wasn’t even that cold. I’m so used to complaining about the cold (I’m not a fan) that I just complain for the sake of complaining. Not cool. As the day went on, I realize that I do a lot of that default complaining. I’m used to thinking I don’t like something or I feel a certain way in a situation, but when I really allowed myself to experience it, I realized that more often than not, my complaints weren’t based in any reality. They were simply a default setting. Which brings me to my next point…

FOCUS ONLY ON THE PRESENT MOMENT

Another thing I was quickly made aware of when I started giving more attention to my thoughts was the amount of times I complained about something that hadn’t happened yet. In my mind, I was dreading the mound of laundry I had to tackle or whining to myself about how I didn’t want to deal with that conference call. These things weren’t even happening and I was already complaining about them! I soon discovered when I pulled my mind back to the present moment, I had a lot less to complain about. Complaining about something that hasn’t happened yet is a ridiculous waste of time and all it does it make whatever that unpleasant thing is take up more of your thoughts (and your life!).

DIRECT YOUR THOUGHTS TO GRATITUDE

One of the easiest ways to counter complaints, I found, was to focus on things you have to be grateful for. Whenever I found myself complaining about something, I tried to think about what I was thankful for that related to that situation. For example, going back to the laundry I didn’t want to do: when I thought about how annoying it would be to have to wash and fold my clothes, I countered that complaint with gratitude about how lucky I was to have clothes and a washing machine and an able body that could put the clothes in, take them out, and fold them. Once I started focusing on all of the positives, a simple task like laundry started to seem much more like a blessing than a curse and it became much more difficult to whine about it.

REFRAIN FROM USING COMPLAINTS TO BOND

It hadn’t really occurred to me before, but over the 24-hour complain-free day, I realized how often I use complaining to bond with others. When I friend text me, “How’s your day?” I automatically responded with, “Ugh. So busy!” First of all, I should be grateful to have work that keeps me busy (and thankful for the opportunity to do what I love for a living!) and, secondly, there are a million positive responses I could have had that didn’t involve a complaint. However, it’s become a default for me to complain to friends about how busy / stressed / etc. I am because we always vent to one another in this way. This isn’t to say we shouldn’t vent when having a tough day, but complaining shouldn’t be a way to bond with others. Bonds should be formed over positive things, not negative.

LEARN TO CHANGE IT OR ACCEPT IT

The most important lesson I learned about complaining is that a lot of the time the things I complain about are things I can change. Too cold while watching TV on the couch? Grab a blanket! Annoyed by an always-negative friend? Stop hanging out with her! A lot of complaints are within my control and I’ve realized that, if something’s bothering me, whining about it is not the answer. If I want less to complain about, I have to take action. And, for those things I can’t control, I learned that it’s a lot less stressful if I just learn to accept them as they are. Complaining about something you can’t change is a huge waste of time and all it does it create unnecessary negativity. So I’ve realized this: If I can change something, I should. I can change it but don’t want to, I should be quiet. And if I can’t change it, I should let it go.

Though this challenge was only 24 hours long, it was an eye-opening experience for me. It made me much more mindful of how I think (and what I spend my time thinking about) and it shone a light on the ways I could choose to be more positive. I’d highly recommend giving it a try. The more you’re aware of complaining, the more you’ll be able to change it (and hopefully eliminate it). The more time you spend complaining, I’ve learned, the less time you have for other things, like celebrating your awesome life and all the things for which you should be thankful! 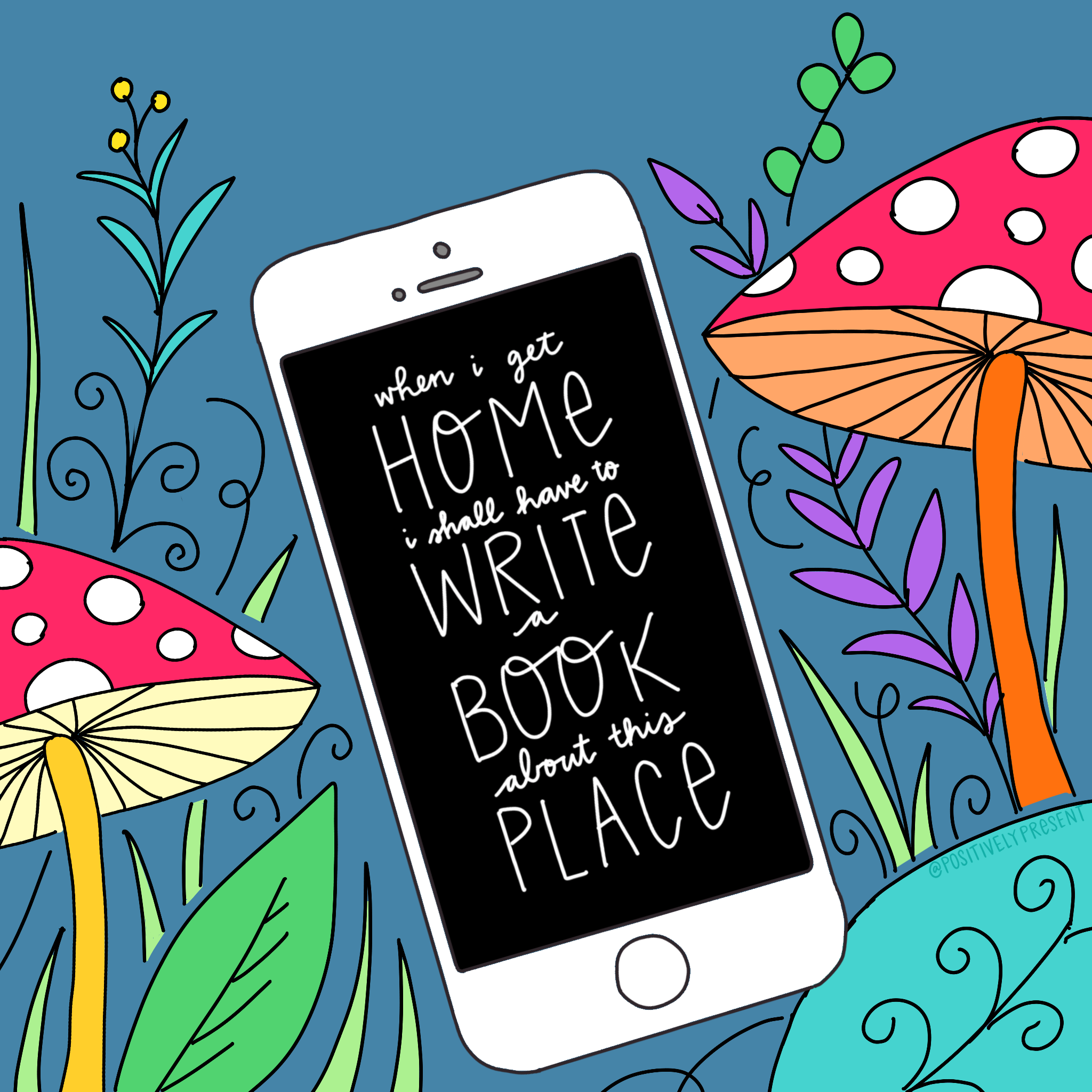 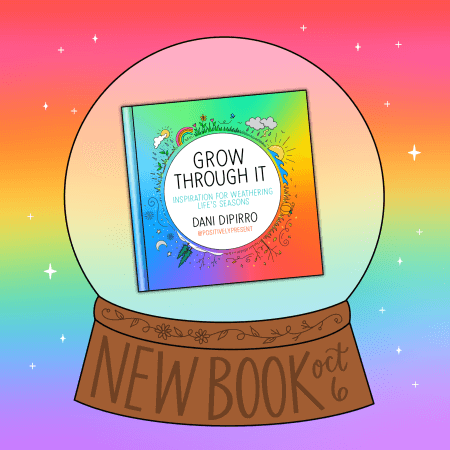 Growing Through It: Reflections On My New Book 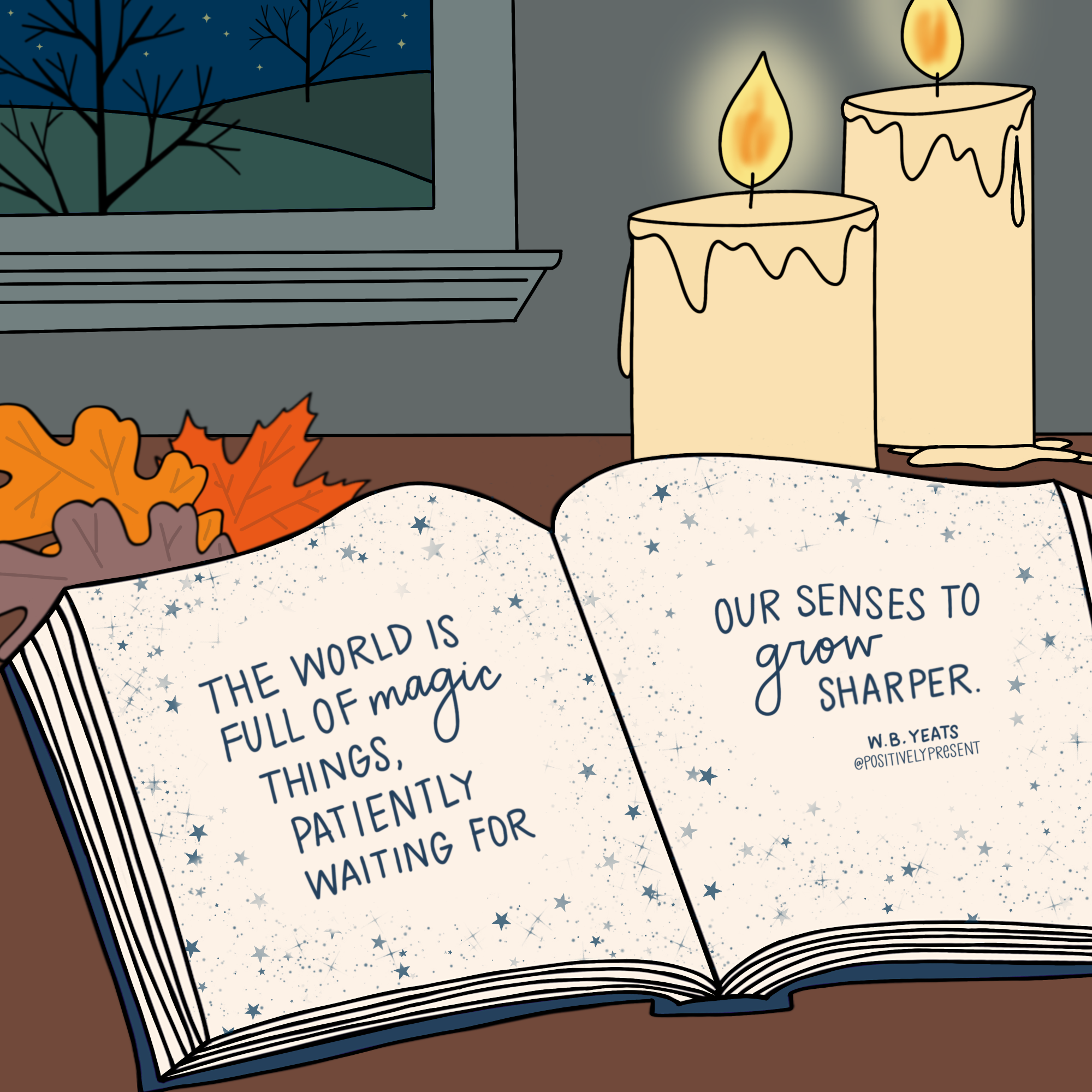 The Magic of Autumn: A Round-Up of Fall Favorites